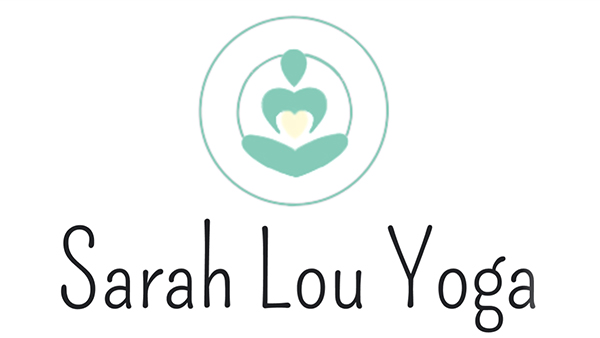 Becoming an Accidental Early Riser has taught me a few things.  Below are 3 things I have learned from consistently waking up early.

You know what they say … the early bird catches the worm? 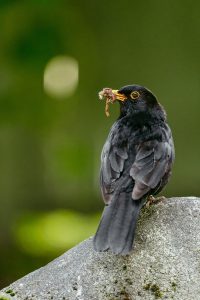 How do you feel about getting up early?

I don’t use an alarm and for many years used to wake up at 7 am pretty regularly.

However, over the last few months, I have been consistently waking up around 5 am; sometimes even before.

At first, it drove me bonkers; I love my sleep and couldn’t help feeling very irritated that I was not making it until 7 am. However, as the weeks went on I started to realise that there was an advantage to getting up earlier.

The Early bird was indeed catching the worm.

If you are reading this and already an early riser you are probably well aware of this.

If you are not an early riser read on, as I am going to take you through 3 positive things I learned from becoming an accidental early riser.

Read to the end and you’ll find a 15-minute early morning yoga practice just in case you feel inspired to get up that little bit earlier.

I would like you to take a moment and think about the last time you accidentally got up super late.

What tends to happen in my world is that I am stressed the moment I get out of bed. 🤣🙏

Everything feels like a horrible rush.  Worse still, if you are a mother, you tend to also be the one who has to sort every other member of the family out as well as yourself.  Get ready for a complete meltdown and you haven’t even gotten out of the house yet!

By the time you get out of the door your head is spinning, you feel out of control, very unorganised and often a little frustrated and irritable (to say the least).

Sound familiar? Now imagine the opposite.

You wake up before the rest of the house.  Everything is quiet and tranquil; there is nobody else up and about except you.

Can you picture it now?  How do you feel?  I don’t know about you but just thinking about it makes me want to sigh with pleasure.

Becoming an accidental riser has enabled me to experience this peace.

I am not rushing out of bed in a panic.  I have the time to wake up slowly and get out of bed when it damn well suits me.   What is even more gorgeous is even though I have got out of bed slowly, I still have plenty of time.

I can fit in a good 30 minutes movement session most days which makes me feel very accomplished.

I get in a whole cup of tea in peace.

Even after my slow rise out of bed (where incidentally I also often have time to meditate) and a 30-minute or so movement practice I still end up with an hour or so to play with before I have to get anyone else up.

During this time I find myself either getting some chores out of the way, or I sit down at my laptop and do some work.

Take this morning, for example,  I woke up at 5,  got out of bed at about 5.30, and completed 20–minutes of meditation and journaling practice.  After that, I cruised over to my mat, warmed up with a little yoga and then completed a 30-minute dumbbell workout.

I followed this with a trip down to the garden studio to film a quick wake-up yoga mobility sequence.    All this was completed before 7 am.

The best thing about completing things first thing in the morning is that because I am not getting disturbed I get things done more quickly and efficiently.  In addition, for some crazy reason, I am far better at avoiding overthinking things or procrastinating.  Getting up earlier makes me a more efficient worker.

I can’t tell you how good it feels to know that by 8 am you’ve already done so much.    It sets me up for the day with such a positive mindset.

You also feel more ready to face the day on your terms.

Waking Up Early Is Improving My Quality of Sleep.

I am sleeping better since accidentally becoming an early riser.

I’m not saying that waking up at 5 am is an instant cure for insomnia.

However,  I am noticing that because I am waking up earlier I tend to start feeling sleepy earlier in the evening.  I surprised myself by nodding off on the sofa around 9.30 pm.  This is a new experience for me as before, I didn’t really feel ready for bed until at least 10.30/11 pm.

I do also feel that my quality of sleep is a lot better too.   I certainly feel more ‘refreshed’ in the morning and surprisingly awake (as opposed to feeling groggy).

According to the sleep centre, this is because going to bed a couple of hours or more before midnight allows your body to receive more deep sleep cycles.  When we don’t get enough deep sleep it can lead to daytime sleepiness and sleep deprivation.  So it seems that the more sleep you get before midnight the better.

If you are struggling with sleep at all getting up earlier may help.  In the meantime, yoga has some amazing tools to help you cope with poor sleep and/or insomnia.  Read more about one such tool here

So those are the 3 things I learned from becoming an accidental early riser.

One thing though, that I haven’t mentioned is that it has also allowed something else to occur. Getting up earlier has created space later in my day for other things. I now have some space in my day for some ‘me‘ time.  I can utilise it in any way I wish which is so empowering.

For one, I have finally got round to finishing a cross-stitch which I began quite a while back.  I also have more time for baking and some extra yoga practice.

I hope that this has inspired you to give waking up earlier a go and if fitting in some exercise is something you aspire to, I have filmed a quick 20-minute early morning yoga practice just for you.

@sarah.oxley.22
•
Follow
Feeling achy? Stressed out? Feel like you need a decent night's sleep? I have something that will help. Why not join me for my last rest and renew class of the year this Sunday at 3pm. I will take you through a nourishing body movement class that will stretch you out and get rid those pesky aches and pain. Then enjoy a long yoga relaxation called yoga sleep (yoga nidra). If you have not been sleeping well this is a great way to recharge the batteries and relax the body and mind. You can book your space here #yogaforrest #aylesburyyogaforrest #restorativeyogaaylesbury #yinyogaylesbury #sarahlouyoga #bedgroveyoga
View on Instagram |
1/6

@sarah.oxley.22
•
Follow
So true …. especially as we age. If we can keep ourselves strong and balanced we can continue to enjoy doing all the things which bring us joy in life. Don't lose your zest for life just because you are dealing with injury or aches and pains. Look after your body and it will look after you … #yogaaylesbury #yogabedgrove #sarahlouyoga #aylesbury #bedgrove #bedgrovepark #yogaforstrength #yogaforhealthyageing
View on Instagram |
3/6

@sarah.oxley.22
•
Follow
Just finished a lovely rest and renew yoga class with these fabulous people. We are all relaxed, stretched out and ready for the new week. This is a monthly class so if you fancy joining next month you can book your space under classes ( use link in the bio) or book using www.sarahlouyoga.com #yogabedgrove #yogaaylesbury #sarahlouyoga #bespokeyogaclasses #aylesburyyinyoga #aylesburyyoganidra
View on Instagram |
4/6

@sarah.oxley.22
•
Follow
Looking for a local class in Aylesbury. I run bespoke pregnancy yoga classes every Saturday morning in my small garden studio in BEDGROVE. I have spaces if anyone is looking for a small, friendly, informal and fun way of moving their bodies and talking shop. Pregnancy and childbirth is an emotionally and physically challenging time no matter how many children you have (whether it is your first or 4th +). DM or comment below for more information. Or head over to www.sarahlouyoga.com where you can book your first class for FREE. Link to book is also in BIO (if on Instagram) #sarahlouyoga #yogabedgrove #pregnancyyogabedgrove #pregnancyyogaaylesbury #betterbirthaylesbury #yogaforchildbirth
View on Instagram |
5/6

@sarah.oxley.22
•
Follow
Happy Friday Wishing you a great weekend. Don't forget it is my monthly rest and renew yoga class this Sunday so if you fancy coming along I would love to see you there. Link to book in bio #aylesburyyoga #bedgroveyoga #sarahlouyoga #restandrenewyoga #aylesburyyinyoga #aylesburyrestorativeyoga #rest
View on Instagram |
6/6
Facebook Instagram Envelope